More than 50 local companies will receive Campaign Awards for their exceptional support of the Community Campaign, including four companies, ABC Supply Co. inc., Kerry, Mercyhealth and Regal that will receive the impressive Cornerstone Award for campaigns that exceeded $100,000.

Fairbanks Morse Defense will receive the Emerging Campaign Award, in recognition for creating an atmosphere of support for United Way. “With new community-minded leadership, this 125-year -old company reported the most employee pledges since 2015,” said United Way President & CEO Mary Fanning-Penny “Employee pledges were then generously matched dollar-for-dollar by the corporation.”

United Way also recognizes honorees for their advocacy and volunteerism. The “Sew Connected Mask Warriors”, a grassroots volunteer project managed by United Way Board Member Jen White, is honored with the Excellence in Advocacy Award. “These modern-day Rosie the Riveters responded to a call of duty for our time, sewing 4,500 masks to help slow the spread of COVID-19,” United Way Vice President Denise Peters-Kauihou said. “Then distributed them, observing social distancing protocols, throughout the Blackhawk Region to 45 local organizations and held four public curbside pickups.”

Bob Compton of Lycon, Inc. will be honored with the Geraldine Hedberg Volunteer of the Year Award. “Bob donated countless evenings and weekends to an endless list of fixer-upper projects in United Way’s Community Services Building,” Fanning-Penny said. “A talented “Jack of All Trades”, Bob Compton answered our call for help with a gregarious personality, supreme work ethic, and heart of gold. With Bob’s broad skill set and talents, no job was too big or too small.”

The annual LIVE UNITED Award, presented to a company that displays exceptional support for United Way through its workplace campaign, as well as volunteerism, is presented to Alliant Energy. “Alliant Energy knew United Way’s annual Community Campaign was likely to see a shortfall in its efforts to achieve its goal and made the decision to increase its already generous dollar-for-dollar match of employee pledges to an impressive $2 for $1,” Fanning-Penny said. “This resulted in a 54 percent overall increase of dollars pledged. Alliant Energy led the way as the first organization to donate to United Way Blackhawk Region’s COVID-19 Action Fund, last spring. Alliant Energy was also the first corporate sponsor for two of United Way’s new, family-friendly, Born Learning Trails in Beloit and Janesville.

Projections for the annual Community Campaign results are also traditionally announced at the Live United Celebration. Pledges to United Way’s 2020 Community Campaign are projected at 93 percent of the $2.4 million goal, only $33,000 less than 2019 pledges.

“Despite tremendous efforts by our volunteers, corporate partners, and lean team, we did not attain the goal,” Fanning-Penny said. “We have communicated this expectation proactively with funded partners as it will mean a reduced allocation pool for upcoming grants.”

In addition to the 2020 campaign, nearly $189,000 was donated by the community to United Way Blackhawk Region’s COVID-19 Action Fund. United Way Blackhawk Region quickly launched the fund last March to provide flexible resources to nonprofit programs in Rock County and northern Winnebago County that directly support local, vulnerable residents and families affected by the health and economic consequences of the pandemic.

More than 50 local companies will receive Campaign Awards for their exceptional support of the Community Campaign, including four companies, ABC Supply Co. inc., Kerry, Mercyhealth and Regal that will receive the impressive Cornerstone Award for campaigns that exceeded $100,000.

“Alongside the prestigious Cornerstone Award winners, a commemorative plague will also be presented to Mark and Kathy Bush as individual Cornerstone donors for their generous personal contribution of more than $100,000,” said Fanning-Penny. “We are extremely grateful to these longstanding and passionate advocates for helping United Way with its anticipated goal shortfall.” 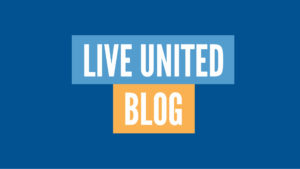 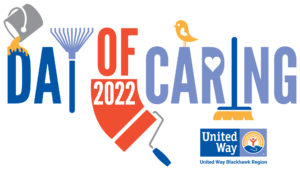 Thank you to Evonik for your generous support of our community with awesome #DayofCaring volunteerism, as well as hosting an employee giving / workplace campaign. We are proud to #LiveUnited with you! 💙💪 https://t.co/7HWsJZz3pf